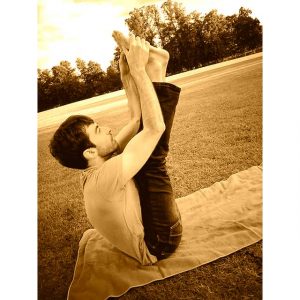 The term Vinyasa means “synchronization of movement & breath”, as each breath corresponds literally to a physical movement. This technique is also called Vinyasa Flow or Flow because of the harmonic flow through which one moves from one asana to the other, which creates a harmony of movements that resembles a dance.

By synchronizing each breathe with each movement, this ancient yoga system generates great heat in the body, heats the blood, cleans and improves circulation. The improvement in circulation, relieves joint pain, strengthens the body, activates the body’s natural defences and eliminates toxins and internal organ disease, acting also as an anti-aging method.

The sweat produced by the heat of vinyasa yoga removes all the impurities and toxins from the body, offering a healthy, thin, and strong body. Through the rapid alternation of the poses, vinyasa yoga offers intense muscle strengthening, tightening and stimulation coupled with intense wellness.

Modifications and options are provided throughout the class for all levels and abilities.

The Philosophy of the Vinyasa Method

The yoga practice consists of a total of techniques like, “exercises” (asanas), breathing techniques (pranayama), focusing exercises, meditation, all of which need several hours to be practiced.

Vinyasa is a system that organises the practice in kinetic sequences, fully synchronised with the breathing. With the addition of bandhas along with a specific gaze point, the benefits are reinforced, comprising a complete set of exercising the body and mind. The creator of this technique was Rishi Vamana.

The main idea of vinyasa is to draw the attention of the mind, from the position to breathing, enabling the practitioner to realise that the positions (asanas) as well as all shapes and forms, are temporary. All shapes, objects, structures come and go. Yoga seeks the shapeless, the intangible (conscience).

Vinyasa yoga is a meditation on the impermanence and the only thing settled in the practice, is breathing, whereby the asanas form a mala (rosary). The mala is mainly used for counting the mantras, during meditation. In vinyasa every asana is a different mantra, and the movements that we perform to enter and exit the asana are beads that form the mala (rosary), so the practice becomes a moving meditation.

The creation of the heat burns toxins not only the physical ones, but also the poison of ignorance and self dillussion. When each asana is performed separately, it may lead to extensive elasticity, which destabilises the body. The correct alignment of the bones and especially of the spine is succeeded by maintaining a specific muscle tone.

The Vinyasa method with the continuous opposing movements (jump forward, asana, jump backwards) enables us to gain strength so as to maintain the elasticity gained from the asanas. At this point it is imperative to point out that the kind of elasticity which cannot be supported by strength, should be avoided.