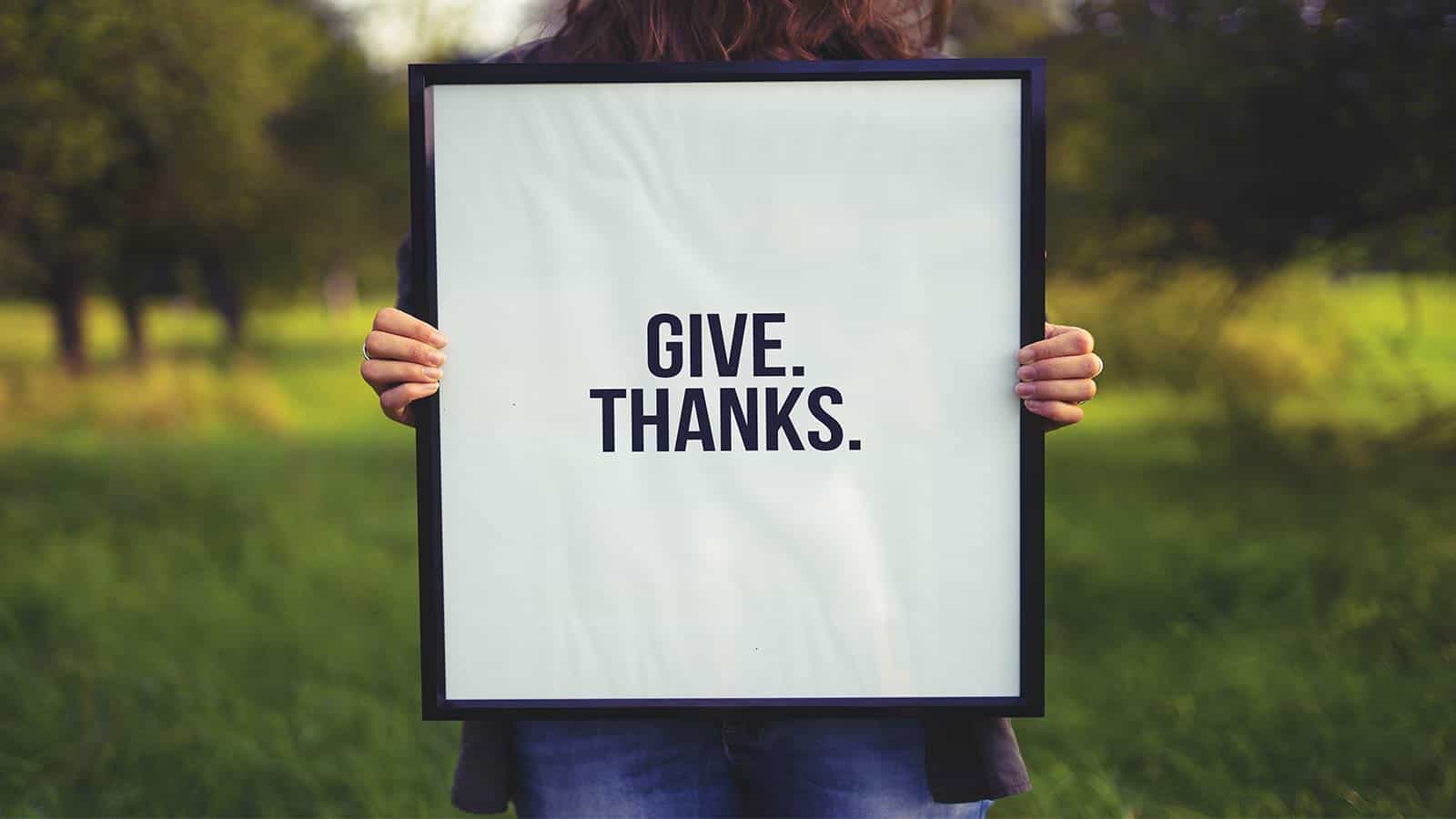 Chanting and mantra recitation have accompanied yoga practice for thousands of years. Chanting is of course both the in-toning of the rich vibratory sounds and the simultaneous listening to them. The concentrated in-toning of sound vibrates all along the axis of the body from the perineum up through the head, giving access to subtle and deep sensation and feeling. The deep listening naturally suspends the normal movement of the discursive mind and allows contemplation of the patterns of sensation, emotion and imagination.

In sutra 1.29 it is said that the repetition of mantras prevents all the obstacles(antarayas). Chanting is a beautiful tool and practice that activates the Vagus Nerve which is connected with the parasympathetic system, the vagus nerve branches out to smaller nerves located in the brain, the tongue, the heart, the lunges and the stomach. In moments of stress or discomfort where asana or meditation don’t work, chanting can help you overcome these situations.

Chants have meanings, which are to be contemplated. Some express a truth directly, others use images, metaphors and myths, while others are deliberately free of meaning or reference to anything, except the whole of reality. The meanings are designed to return the chanter to the direct experience of the sound vibration, making the experience of that sound and eventually all sound and all forms and patterns of vibration sacred.

In the beginning you practice mechanically by emphasising at the vibration of the syllabus, after that you start to meditate on the meaning and not on translating the words, that’s why is better not to practice chanting on your language. This practice crystallises the meaning in your brain and cultivates understanding. As each chant has it’s own meaning there will be different effects & knowledge that will be gained.

This chant is traditionally done at beginning of the Ashtanga Vinyasa practice. The first part is from the Yoga Taravali. The second is from an old homage to Patanjali (said to be the composer of the Yoga Sutra), and is of unknown origin.

I bow to the lotus feet of the Supreme Teacher/Guru who reveals the happiness of Self-Realisation/Pure being which is beyond any joy we have experienced (beyond better):
who like the jungle physician removes the delusion caused by the great poison (Hala Hala) of conditioned existence (Samsara)

I prostrate before the sage Patanjali, who has thousands of radiant, white heads (as the divine serpent, Ananta) and who has, as far as his arms, assumed the form of a man holding a conch shell (divine sound), a wheel (discus of light or infinite time) and a sword (discrimination).

We will now Explore the Meaning of this Chant:

Simply, this chant is a colourful way to say thanks to the people(teachers & students) who did this practice before us and have enabled this ancient practice to survive through thousands of years so that we can experience its benefits today. It is a way to find again gratitude, humility and respect. And of course chanting in general is a nice way to concentrate the mind which is really helpful to have before we start doing our practice.

The recitation of these chants cleanses the energy of the space we have chosen to practice yoga, as well as preparing the mind, body and emotions for the forthcoming sequence. But it does worth taking the time to explore the meaning of the words used in these chants and the actual meaning in them.

As with all the chanting it is very important to say it with your heart. If you find yourself in a class and you don’t want to chant that’s ok. It is better to respect, be honest and honour yourself & your desires than trying to force yourself to do something because everyone else does it.

The Meaning of the First Part:

Guru is not referring to a person or an external form; it is referring to the guru that resides inside of us.

The traditional way to bow to someone of higher status (like a guru) in the Indian culture is by lying down completely on the floor with our head facing their feet. This is done firstly a form of respect & humility but also because at the top of the head there is the 7th chakra from which we receive energy.

Also in the feet there are the exits of Ida & Pindala, the two nadis (energy channels). So via this metaphorical action we are hoping to receive some of the energy or knowledge of the guru in order to help us eliminate ignorance & delusion.

A nice metaphor is that we try to see our reflection in a dusty mirror, and by using the wisdom of the internal guru we slowly clean this mirror. At first the dust is so thick that when try to clean it, everything gets smudged but slowly some of the dust layers are removed and we are able to see parts or our own Self/Pure Being which awakes happiness or brings insight into the happiness of pure Being – Self Realisation.

The guru is also described as the jungle physician (jaṅgali-kāyamāne) and the reason for this is because yogis in the past used to reside in the jungle in solitary and they also acted as physicians for anyone that needed help with their health. In this case the guru/jungle physician will help us find the cure for Hala Hala & Samsara.

The poison is referring to the “Hala Hala” which has its own little story/myth and we will explore it in a different article.

In sort “Hala Hala” means a poisonous herb but also Hala is a turning wheel, Hala Hala is a wheel turning inside a wheel which is what our mind does.

Samsara comes from two words: Sara= to flow & Sam=together. All of this stuff flows together and sticks to each other, into a miserable clamp called our conditioning or conditional experience, our neurosis, our psychosis, our intelligence.

So the “Hala Hala” is the first that comes up in practice once you try to see what’s really going on around here. It is when you finally sit down with good posture and see how you are actually feeling, if you would switch off the sensor of your mind which is like a very careful filter to not let reality come up on the screen of your perception, so you are not holding your presuppositions of what the world is, or who you are tightly and you not suppressing anything.

And what you then experience once the above have been released, is your breath in a way that initially seems miserable because it may be not so pleasant, maybe it is shattered, it has difficulties, and then doubts regarding we do this practice are born & the emotions that accompany that because of the realisations we have about ourselves and that’s the “Hala Hala” or going back to our metaphor that’s the smudged mirror.

So the process of yoga is to unclamp, so that things are not artificially through ignorance superimpose on one another, so its thing can shine out in its own nature – free. That’s what the “two feet of the guru/teacher dispel the delusion that comes from the Hala Hala” means.

The Meaning of the Second Part:

This is a prostrate chant in which apart from chanting the words we also have to visualize ourselves as the form we are describing via the chant, in this case the form of Patanjali.

Patanjali Represents the form of an enlightened being, so via this chant we are trying to absorb those qualities of Patanjali but we also try to find humility before we start our practice (which is common effect from most prostrate chants).

Patanjali’s form in this chant is described as neither in his full snake form or in his full human form but as a mix of the two which is called a Naga in the Indian Mythology. (Human torso with 4 hands, waist below as a snake, and the head of a snake)

Patanjali is also Ananda which is the snake that represents infinity that’s the reason the chants says he has thousands heads. The reason it doesn’t say infinite it is because it is very hard to visualise such an abstract number, instead it says thousands which gives our mind something achievable. Trying to visualise thousands of heads is next to impossible which gives the effect of visualising infinite heads. While each head is white & radiant as a shining sun.

So Patanjali in his 4 arms is holding 3 objects while one hand remains empty. Each object has its own meaning and reason for being there, while probably the 4th hand is left empty to perform various mudras.

In one hand he is holding a conch shell which represents the divine sound & all the vibrations.

In another hand he is holding a sword which is used to separate things and it represents discrimination. The main reason for this sword is to separate the heads of “demons”, with each “demon” representing a quality (e.g. Ignorance is a demon and it is called Apasmara).

In indian mythology some deities are wearing 52 severed heads as a necklace (mundamala) which symbolize the letters of the Sanskrit alphabet(52 in total), there are 52 main demons and this symbolise that they have been slain. Thus by slaying those demons it signifies victory over time & fear of death. Thus signifying the wearer as Sabda Brahman, Ultimate Reality recognised as Sound and the primal sound of the sacred syllable Om. Also the mundamala represents the continual creation and destruction cycles of human existence.

Finally, in his third hand he holds a wheel (or a discus of light) which represents infinite time and mastery over time. Time is the ultimate weapon in Indian mythology. This disk is used again the same way as the sword but it is a lot powerful and as he is the bearer of that he doesn’t have to wear the mundamala as the disk also signifies victory over time & fear of death.

To assist you in the process of learning how to pronounce this chant you can try listening to the following video while chanting and to repeat the sentences loudly. After a while it is recommended that you drop the video and chant on your own using as a pronunciation feedback only the vibrations in your head (you should feel each word in your whole brain). Once you have a basic idea of the vibrations & you can remember the chant without any props you can go on to the final step and meditate on the meaning while chanting it.

(Use of elements from Richard Freeman talks)

Αντώνης Χαραλάμπους
Yoga Instructor at Yoga Mala Χαλκίδας
Anthony is the owner of Yoga Mala Studio – Chalkida where he teaches Ashtanga & Yin yoga classes and he is also the founder of ModernYogi.gr.He is certified in the 1st & 2nd series of Ashtanga Yoga by David Swenson, in Yin Yoga by Paul Grilley, and Yoga Nidra (iRest) by Molly Birkholm.

The Story of the Buddha & the Discovery of Mindfulness