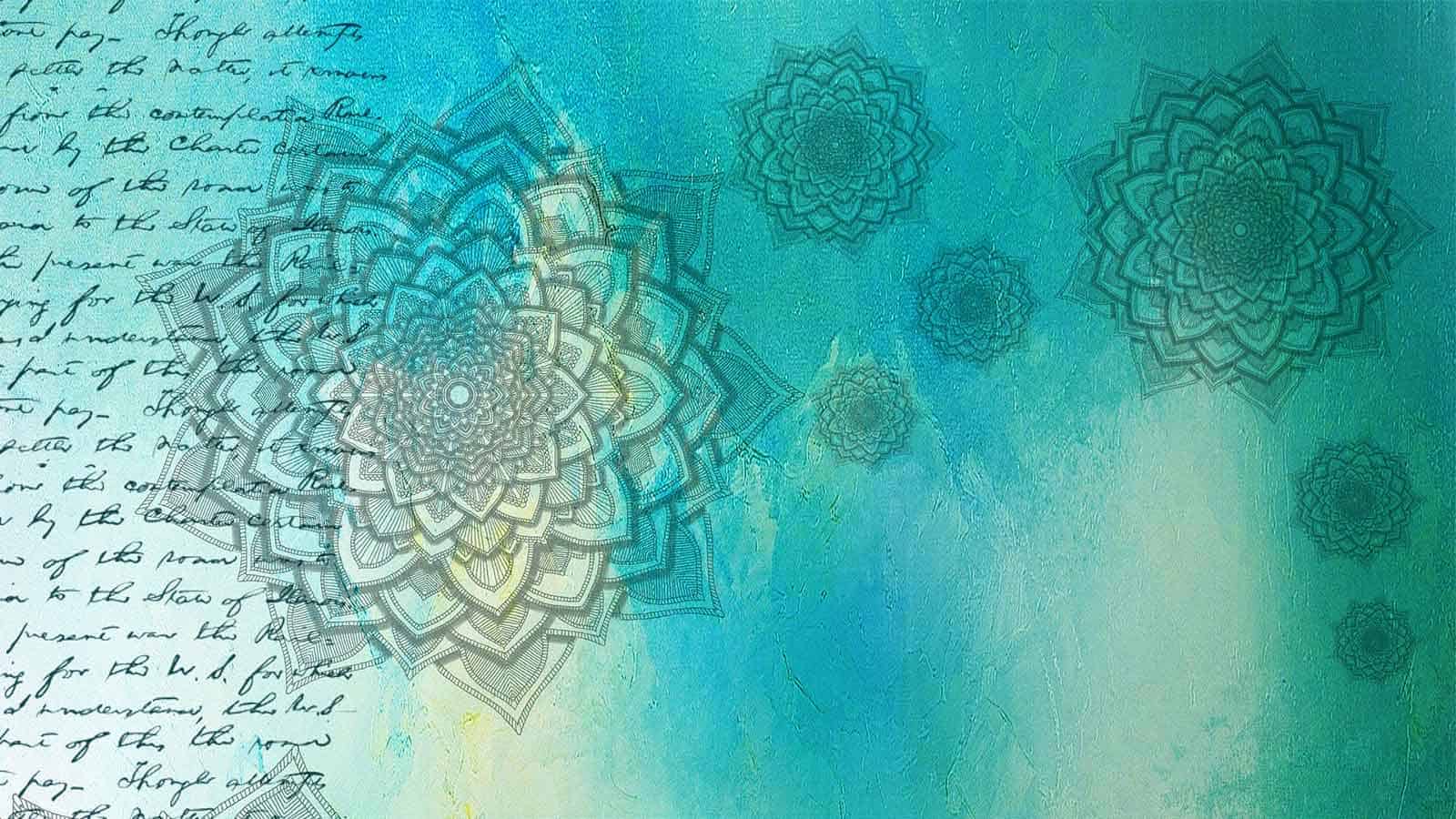 «As we rest our gaze upon a mandala, the mind becomes as still as the surface of a pool of water…»

The mandala/yanta is “a support for the meditating person”, something to be repeatedly contemplated to the point of saturation, such that the image of the mandala becomes fully internalised in even the minutest detail and can then be summoned and contemplated at will as a clear and vivid visualized image.

Meditation relies heavily on concentration, so before using a mandala that you have selected, find a quiet place to sit, far from distractions or noise. Try to absorb the peaceful atmosphere around you and focus initially on stilling your mind, breathing slowly and deeply.

Before starting your meditation choose a mandala that appeals really strongly to you or it symbolizes certain values that you really believe in or that you would like to have.

Use the following step-by-step guide as a prompt to good practice:
1. With the chosen mandala placed on a table or on the floor at arm’s length in front of you, perhaps on an improvised easel, level with your eye-line, sit comfortably – either on a chair with your feet flat on the floor, or on a cushion with your legs crossed.
2. Breathe slowly and deeply, from the diaphragm, while emptying and stilling your mind.
3. Gently gaze at the mandala and relax your eyes so that, initially, the image goes slowly out of focus.
4. Sitting quietly, concentrate on the image fully and allow its shapes, patterns and colours to work on your unconscious mind. If distracting thoughts arise, let them drift away and gently bring your focus back to the mandala.
5. Do this for at least 5 minutes initially. In later sessions, gradually try to build up your meditation period to 15 minutes.
6. When you are ready, slowly bring your attention back to the world around you.

If you would like to deepen your mandala practice you should research its individual associated liturgy, contained in texts known as tantras, instructing practitioners on how the mandala should be drawn, built and visualised, and indicating the mantras to be recited during its ritual use.

A yantra is a specific form of mandala consisting of geometrical shapes/compositions and figures, and often diagrams of deities (especially in Buddhist Tantra). It is a particularly powerful form of mandala and deep concentration upon it can lead to the realisation of its higher nature. The word ‘yantra’ means ‘instrument, ‘machine’, ‘apparatus’, or ‘implement’. The yantra is indeed an implement (or tool) because it acts as an instrument for tuning in with consciousness, a spiritual machine for inducing states of meditation.

It is considered to represent the abode of the deity. Each yantra is unique and calls the deity into the presence of the practitioner through the elaborate symbolic geometric designs. “Yantras function as revelatory symbols of cosmic truths and as instructional charts of the spiritual aspect of human experience”. Yantras are not representations, but are lived, experiential, nondual realities.

Despite its cosmic meanings a yantra is a reality lived. Because of the relationship that exists in the Tantras between the outer world (the macrocosm) and man’s inner world (the microcosm), every symbol in a yantra is ambivalently resonant in inner–outer synthesis, and is associated with the subtle body and aspects of human consciousness.

A mandala is a focus for cosmic powers. During tantric worship and practices the mandala becomes the symbolic centre of the universe. It is laid out according to a fixed plan and its construction is a rite in itself. Everything in the manifested world is a mandala in essence. Each and every object is a focal point of consciousness: everything is a manifestation of Shakti, an expression of the underlying consciousness. Thus, deep concentration on any form can bring about a realisation of this consciousness.

Αντώνης Χαραλάμπους
Yoga Instructor at Yoga Mala Χαλκίδας
Anthony is the owner of Yoga Mala Studio – Chalkida where he teaches Ashtanga & Yin yoga classes and he is also the founder of ModernYogi.gr.He is certified in the 1st & 2nd series of Ashtanga Yoga by David Swenson, in Yin Yoga by Paul Grilley, and Yoga Nidra (iRest) by Molly Birkholm.

The Masks We Wear and Who We Truly Are

Bring the Mindful Pause (Pause Practice) into your Life